Let’s face it, single comic book issues tell a short story, and a series is a set of stories. So this time I have Arrowsmith for you. These are the first six issues of Kurt Busiek’s 2004 magic & war comic, with excellent writing and artwork. There was a second set of issues the following year. Now Busiek has announced he’s going to write another set, a continuation. 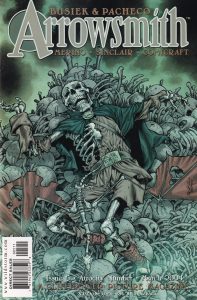 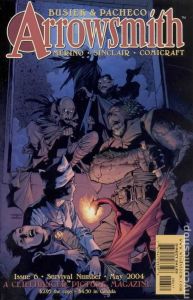 The stories, one per issue, all written by Busiek:

For anyone interested in illustrated storytelling, these really are excellent, as a patriotic young man, clear-eyed, joins an aero-corps and soon faces the realities of war. Set in 1915. At the end of this month a hardcover omnibus of all 12 issues will be published by Image Comics.

Enjoying life in Portland, OR
View all posts by Rick Robinson →
This entry was posted in Books & Reading, Friday Forgotten Books, Short Stories. Bookmark the permalink.