Here’s the rest of the shelf I showed last week. I repeat, I love these kind of books. 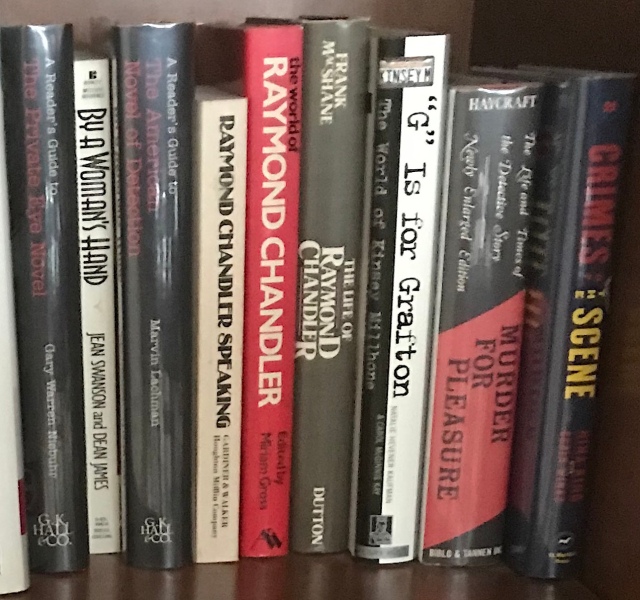 Starting on the left,

Now for some Raymond Chandler books:

Enjoying life in Portland, OR
View all posts by Rick Robinson →
This entry was posted in Books & Reading, Shelf Shots. Bookmark the permalink.