I like jazz a lot, specifically from the late 1940s to the mid 1970s. That includes a lot of great music! I’m particularly fond of Bop and Hard Bop, and among my favorite artists is Hank Mobley. I have the excellent 1998 Mosiac Records set of his work, The Complete Blue Note Hank Mobley Fifties Sessions on six CDs. 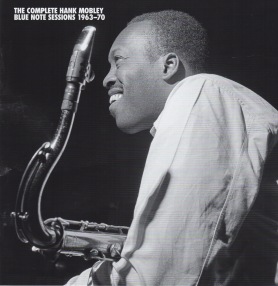 I’ve listened to those CDs a lot, and enjoyed them every time. So when in February 2019 I got word that Mosaic was considering a second set covering his 1963-1970 work, I immediately sent in my pre-order. It’s taken a while, but it has finally come into my eager hands.

The Complete Hank Mobley Blue Note Sessions 1963-70
Mosaic Records Presents “The Complete Hank Mobley Blue Note Sessions 1963-70” – 8 CDs with 74 tracks from the second great phase of Hank Mobley’s career, in state-of-the-art sound. With all the developments in recent years with analogue to digital converters and hi-res transfers that bring the CD to almost the same quality as analogue LPs, we have returned to the original analogue tapes of these Mobley master tapes in order to make them available like never before. – Limited Edition: 3,000 Copies. The complete set lists are at the link.

This one will stay on my CD turntable for a while!

Enjoying life in Portland, OR
View all posts by Rick Robinson →
This entry was posted in Books & Reading, Music. Bookmark the permalink.