Santa was generous this year, as always, and in addition to a scarf featuring Edward Gorey’s Doubtful Guest, and a really nice sweater, I did receive some books. Due to the bounty I’m going to make this a multi-part post. 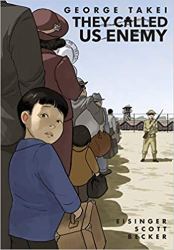 They Called Us Enemy written by George Take and others. Non-fiction. It’s is a memoir that tells the story of George Takei (known for his groundbreaking role as Hikaru Sulu on Star Trek as well as his activism for social justice) and his family’s imprisonment in two different internment camps during World War II. Shameful.

For many years I had a wonderful neighbor whose parents were incarcerated at Manzanar, in the California high desert during this time, and he told me a lot about it. Takei’s family were taken from Santa Ana, CA to Arkansas for their incarceration. 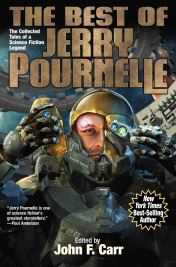 The Best of Jerry Pournelle edited by John Carr, science fiction. This is a collection of short works from the late Pournelle (1933–2017), interspersed with remembrances of his life from colleagues and collaborators. It’s an engrossing retrospective of the half-century career of a defining author of the military sci-fi genre. The tales range from the famous, like “The Mercenary,” the first story in the Falkenberg Legion series, to the lesser-known, among them “Kenyons to the Keep,” which explores a postapocalyptic California. Among the essays on Pournelle’s life comes a barrage of memories from Larry Niven, whose short collaborations with Pournelle are all included. – Publisher’s Weekly 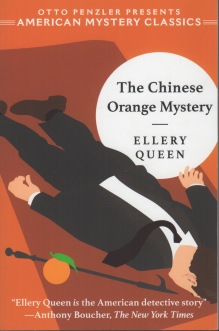 The Chinese Orange Mystery by Ellery Queen, mystery. Originally published in 1934, this is one of the earlier Queens, which I have not yet read it. Note that this is one of the books in the Otto Penzler Presents American Mystery Classics series. I like the artwork on these, and the selections are good.

I received more books in the series, as you will see in Part Two, in a few days.

Enjoying life in Portland, OR
View all posts by Rick Robinson →
This entry was posted in At Home in Portland, Books & Reading, Fiction, Graphic Novel, Mystery, Non-fiction, Science Fiction. Bookmark the permalink.

15 Responses to Gratefully Received – part ONE