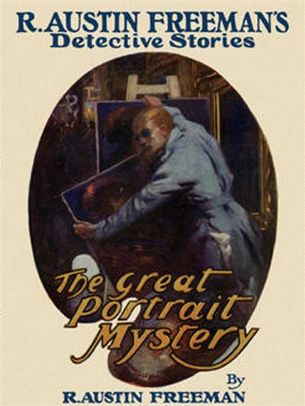 This is the third set of stories in this omnibus volume, and it contains the two stories from this book that feature Dr. Throndye. Following those, the volume also includes what it calls “Apocryphal Material”.

Dr. John Evelyn Thorndyke is a fictional detective in a long series of 21 novels and 40 short stories by British author R. Austin Freeman (1862–1943). Thorndyke was a ‘medical jurispractitioner’: both a medical doctor and a member of the bar. His solutions were based on collecting all possible data before looking at the protagonists and motives in the crimes. It is this method which gave rise to one of Freeman’s most ingenious inventions, the inverted detective story, where the criminal act is described first and the interest lies in Thorndyke’s subsequent unravelling of it.

The Apocryphal Materials are

As noted last week, I have received notice of the next three volumes, which will be published early in 2020, and have ordered them. I’m quite glad MX Publishing is doing these volumes.