Since I’m a fan of Sherlock Holmes, it only makes sense that at some point I’d read some of Freeman’s Thorndyke work and I had, a story here and there in a couple of anthologies. So when I saw that MX Publishing was going to publish The Complete Thorndyke, I decided it was time. 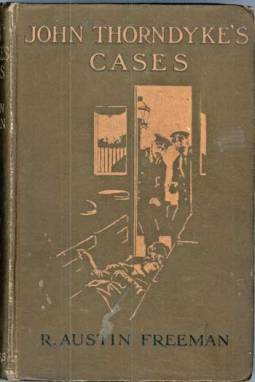 Dr. John Evelyn Thorndyke is a fictional detective in a long series of 21 novels and 40 short stories by British author R. Austin Freeman (1862–1943). Thorndyke was described by his author as a ‘medical jurispractitioner’: originally a medical doctor, he turned to the bar and became one of the first — in modern parlance — forensic scientists. His solutions were based on his method of collecting all possible data (including bits of tobacco, dust and pond weed) and making inferences from them before looking at any of the protagonists and motives in the crimes. (Freeman, it is said, conducted all experiments mentioned in the stories himself.) It is this method which gave rise to one of Freeman’s most ingenious inventions, the inverted detective story, where the criminal act is described first and the interest lies in Thorndyke’s subsequent unravelling of it.

There have been several collections of Thorndyke stories, with varying contents. From Wikipedia:

The American edition reprinted the five collections of stories in the following order: The Singing Bone, Dr. Thorndyke’s Cases, The Magic Casket, The Puzzle Lock, and The Blue Scarab. The British edition gives the stories in a different order.” 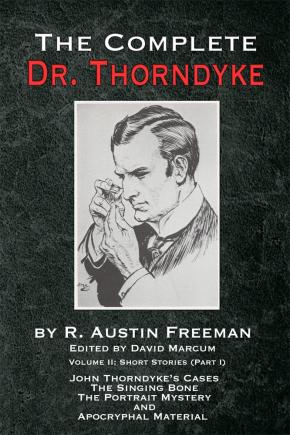 I enjoyed these quite a bit. I had read “The Aluminum Dagger” before in some anthology, perhaps The Rivals of Sherlock Holmes, and it was nice to enjoy it all over again. The others of these stories I found especially enjoyable were “The Stranger’s Latchkey” and “The Moabite Cipher”.

I have received no notice of the next volumes, which I assume are forthcoming. I certainly hope they are!