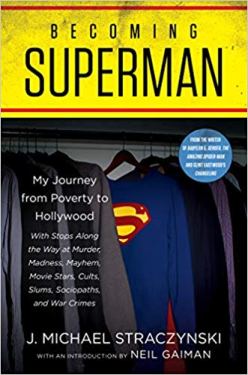 J. Michael Strazinski had an especially grim childhood. His family was very poor, his father was a hateful, racist alcoholic who expressed his lifelong hatefulness by beating his wife and son almost daily. He was too parsimonious to pay for doctors or dentists, so his family suffered while he spent his time in bars drinking with his buddies.

All this resulted in many psychological problems for Straczynski, but being a very good writer somehow brought him through.

I like Straczynski’s comic book work, especially Rising Stars, and I liked the space series Babylon 5, which he wrote, produced and directed, but this book is more about his tough times than his successes. As I said, this one  is grim. I cannot recommend it.

Meanwhile, what are you reading?