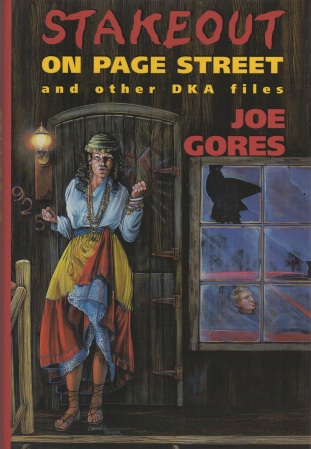 I like Gores’ DKA [Daniel Kearny Associates] novels a lot and have read them all a couple times each – or more – but perhaps it’s the short stories that are the most fun.

Gores takes his experience as a P.I. and the cases he worked or knew of and turns them into his stories. There is the ensemble cast for the DKA  and all of the stories in this book include them. With these stories it’s not the what so much as the how that matters, and the character’s interaction with each other and the people with whom the case brings them into contact. Of the stories here I especially liked “The O’Bannon Blarney File” and “The Maimed and the Halt”. Very enjoyable and highly recommended.

The stories, in the order in which they were intended to appear: