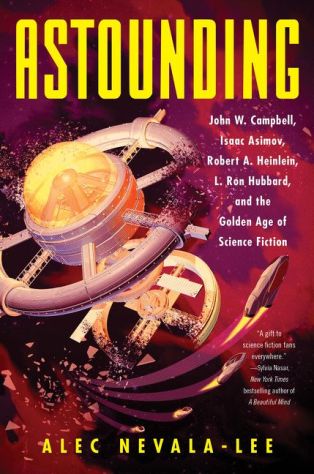 I started reading reading Astounding Science Fiction in 1955, at age ten. I loved the covers, the stories, the interior illustrations (Kelly Freas was my favorite) and the book reviews. I completely ignored the editorial material, and generally skipped the fact article, unless it was by Willie Ley, whose articles on rockets I found interesting. But my focus was on the short stories and serialized longer works. I gobbled up every issue as it came in the mail.

A few years later I  discovered a used magazine store in downtown Los Angeles who sold back issues by the year, tied in twine. Over three visits I bought all of 1950 through 1954. I read and loved those issues too, again skipping the editorial content, in which I had no interest. For me, then Astounding was a fiction magazine, pure and simple. Though later I read both Galaxy and Fantasy & Science Fiction, Astounding remained my favorite up to and a little past the time it changed name its to Analog.

When I heard about this book and read some reviews, I thought it would be just what I wanted: a book about the magazine and it’s editor’s influence on the SF of the decades 40s-50s-60s. This book is not that. The subtitle might indicate the author’s intentions, but with the word ASTOUNDING in caps at the head, I think the complete title is misleading. Certainly, there’s not really a lot about the golden age of science fiction.

I was extremely disappointed. It was not at all what I wanted or expected. There is far, far too much focus on L. Ron Hubbard and his obsessions of Dianetics and, later, Scientology. The book also focuses on how haywire Campbell became under the influence of Hubbard. Deleting all of the Hubbard material from the book would have improved it greatly, as would have the inclusion of the many other authors who contributed to science fiction’s “golden age” through their contributions to the magazine. Too bad.