Posted on October 9, 2018 by Richard Robinson 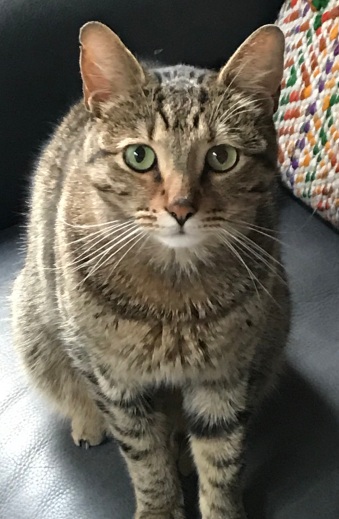 I mentioned on Monday that we got a new cat. Here he is.

We’d had to put Belle, our fifteen-year-old female, down due to ill health. We were very sad and missed her terribly, but decided we needed a new cat to put the purr back into the house.

So Sunday we went to a local shelter and found ourselves this handsome boy. He’s four years old, was named Simba at the shelter, but we have re-named him Dexter. Maybe it’s for a favorite fine jazz player of mine, Dexter Gordon or it could be for Colin Dexter, author of the Morse books. Doesn’t matter, we like the name for him.

So say hello to our new guy, Dexter. He’s good sized at 9 pounds, a real lover and he’s making a nice adjustment to his new home. We expect him to be here a long time.

Enjoying life in Portland, OR
View all posts by Richard Robinson →
This entry was posted in At Home in Portland. Bookmark the permalink.