for parts 1-8 in this “What I Read” series, scroll down to previous posts
or use the search box for “what I read”

A good deal of variety for you this time.

I’ve been interested in muscle cars since I was a teenager, and every once in a while I get the urge to read about the topic. So these three came from the library last March. Several hours of fun reading, though some of the contents were repeated book-to-book.

Harder Ground by Joseph Heywood – After reading, at the suggestion of Jeff Meyerson, Heywood’s very good story collection Hard Ground, I was delighted to find and read this follow-up. Though I thought the stories in this one were a little weaker, it was worth the read. I plan on trying Heywood at novel length soon. 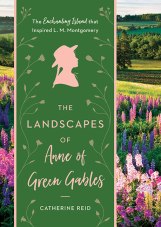 The Landscapes of Anne of Green Gables by Catherine Reid – I came across this at the Timber Press website and couldn’t resist the beautiful photography and extensive biography of Montgomery. 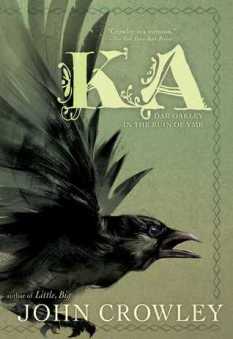 Ka by John Crowley – After reading several reviews of varying opinions, I decided to try this fantasy about a young man and Dar Oakley, a very, very ancient crow, who tells the story of his life. It’s a long book, fascinating in it’s many details, there’s a lot of social anthropology, but mostly the book is about character. It’s really the story of both characters, man and crow. There were some slow spots, but I couldn’t seem to put it down for more than a day before wanting to get back to it. In the end, it’s a book I’m glad I read and one that has stayed with me.

Goodbye, Piccadilly by Cynthia Harod-Eagles – I’ve read some of this author’s Bill Slider police procedurals and enjoyed them, and have more unread I must get to one of these days. So I thought, “what the heck, why not try this one?”. “This one”, in fact, was a fairly typical English family saga which begins in 1914 and thus has a lot to do with the First World War. It’s part of a series. While the book was okay, I found myself skimming to the end. Not really my type of thing.

Jaws by Peter Benchley – I don’t know what put me in the mood to read this, but I got that itch and the library provided the scratch. I realized that though I’d seen the film several times, I hadn’t read the book and discovered there are several differences. An enjoyable summertime book, even if I didn’t read it in Summer. 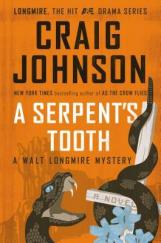 A Serpent’s Tooth by Craig Johnson – This is the only Longmire I read during this period, and it’s one I started, paused, and finished nearly a month later. I was busy with other things, and somehow I kept looking at it and thinking I’d read it another day. I don’t know why I hesitated, maybe it was the snake on the cover (there aren’t any snakes in the book, the title comes from King Lear). When I finished it, I found I’d liked it a lot, as with all the Longmire books.

That wraps it up! I did read some other books while I was away, but those will be for Friday Forgotten or other posts. I hope you enjoyed this series of posts about what I was reading while the blog was on pause. I know I enjoyed looking back, and catching up.

14 Responses to What I Read … Part 9 – Heywood, Crowley, Benchley etc.