for earlier parts in this “What I Read” series, scroll down to previous posts

Continuing with my reading during the Blog Pause of last year with the rest of 2017. As you’ll see, I read a lot of lighter stuff at the end of the year.

Horror In Gold by “Kenneth Robeson” (Will Murray) – The second in the series of The Wild Adventures of Doc Savage. “It began with an uncanny encounter on busy Seventh Avenue. Two men pass each other in the street, walking along calmly one minute – struck down the next by a horrific fate. All over Manhattan, soundless detonations cut down prince and pauper alike. No one is safe. Only one man, Doc Savage, can penetrate the eerie enigma that threatens to bring the mightiest city on Earth to its knees. From the besieged canyons of New York to the rugged coast of Alaska, Doc Savage and his men race to solve the riddle.” I’m way behind on this series, but enjoy them once in a while.

The Aisiles Have It by Joseph Turow – Not that I was surprised by much of what I read here, and we all know this sort of analysis goes beyond the scope of this book in our internet-drenched times, but it was interesting.

The Red Notebook by Antoine Laurain – An enjoyable little book about the finding of a red notebook and the finder’s efforts to locate it’s owner. I liked it when I read it, and liked it more as I considered it later. 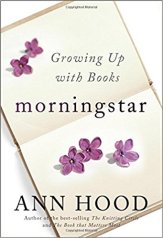 Morningstar – Growing Up With Books by Ann Hood – For a book reader and lover, this was like eating cake. Though I didn’t read the same books as a youth, nor do I read the same ones as the author does now, I liked discovering her taste and attitudes about books, and the attitudes of those around her in her life. Recommended.

Death By Dickens edited by Anne Perry – an anthology that I expected to be somewhat holiday-themed, but was not. I enjoyed about half of the stories. 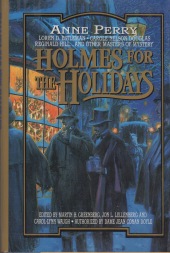 That wraps up 2017. Next week I’ll start 2018 with some Sherlock Holmes, Laura Ingles Wilder, Christiana Brand and Rex Stout.