Posted on August 2, 2017 by Richard Robinson 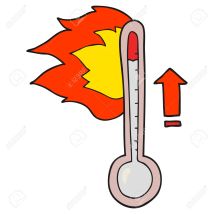 It is unusually, awful, nastily, horribly, miserably hot here, in the entire Pacific Northwest, from Seattle down through northern California, and we hates it (as Gollum would say). Three more days in triple digits, then several still in the 90s before it drops into the 80s. Even that’s not cool enough for me, but it will be an improvement. It’s been 50 days since we had a drop of rain.

How’s the weather in your neck of the woods?

Enjoying life in Portland, OR
View all posts by Richard Robinson →
This entry was posted in At Home in Portland. Bookmark the permalink.