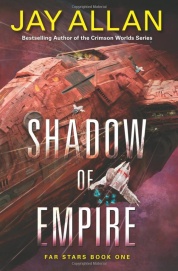 It’s the same story as last week, only less so. Reading here and there. I’m still gnawing away at In the Labyrinth of Drakes by Marie Brennan. I’m enjoying it, but not racing through it, it’s somewhat slow going, but then I’ve had a lot of interruptions. I’m usually a read-one-book-at-a-time guy, but I can’t seem to settle on anything lately.

I read through two back issues of Illustration magazine, and since it’s a thick magazine with detailed biographical information and insightful comments in each article, each issue uses up an evening or two of reading time.

I finished Jay Allan’s Shadow of Empire which is the first book in The Far Stars Trilogy, but won’t continue with the other books; while it’s good, the protagonist simply has too much angst which interferes with what should be an old fashioned space opera. Speaking of which, I’ve started Edmund Hamilton’s Captain Future yarn, in Quest Beyond The Stars in The Collected Captain Future Volume Three from Altus Press. Pure pulp. 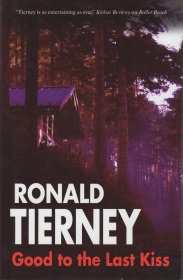 Barbara finished reading Kill Devil Falls by Brian Klingborg. She liked the main character, U.S. Marshall Helen Morrissey, and the situation the author put her in was promising, but there were times when the odds against her were stacked a little too high to be credible, even with the willing suspension of disbelief. Still, the book was quite well-written, and she will read another book by the author when it appears.

Next she started reading Extreme Prey by John Sandford, until she realized, about the third of the way in, that she’d read it about a year ago! So now she’ll start Good To the Last Kiss by Ronald Tierney.

As usual, my responses to your comments will be delayed due to the usual reason.
Feel free to talk amongst yourselves.

Enjoying life in Portland, OR
View all posts by Rick Robinson →
This entry was posted in Books & Reading, current reading, Fantasy, Science Fiction. Bookmark the permalink.