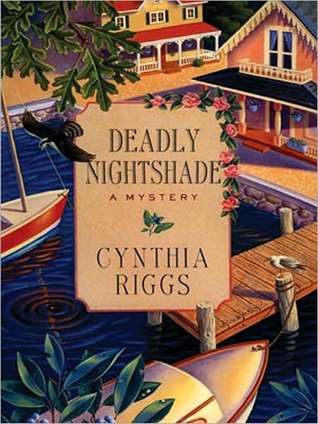 Victoria Trumbull has lived most of her 92 years on the Island. Like other Islanders, she knows the sound of the sea in calm and stormy weather – and she knows the sounds that do not belong. One evening while Victoria waits on the dock for her granddaughter to return with the harbormaster, she hears a chilling scream followed by a splash and the sound of tires skidding on sand. She investigates and discovers a mutilated body floating on the outgoing tide.

With her granddaughter, and also Domingo, the harbormaster, a swarm of Island characters, and a few mysterious visitors, Victoria manages to get in a good bit of detective work. However, she isn’t able to prevent further homicide. As the tension mounts, Victoria concocts a scheme to reveal the killer and still has time to prepare her traditional Saturday night supper of Boston baked beans.

I won’t say more, it too easy to spoil a cozy, and a story of this type. I skimmed through this one in a couple of days. For the cozy readers out there, this is probably a good to maybe. For the rest, keep working on your To Be Read stack.

Enjoying life in Portland, OR
View all posts by Richard Robinson →
This entry was posted in Books & Reading, Friday Forgotten Books, Non-fiction. Bookmark the permalink.