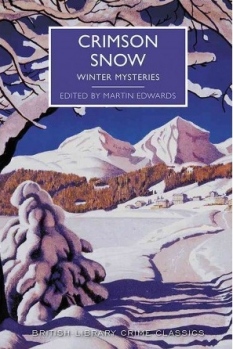 After I finished Ian Rankin’s Let It Bleed (Friday’s FFB), I started on a fantasy novel, Plague of Shadows by Howard Andrew Jones. I’m about a quarter way in, but decided I wanted to read more mystery instead. So I finished Crimson Snow, a winter setting short story collection edited by Martin Edwards. I enjoyed it a lot and recommend it.

Then I continued my catch-up on William Kent Krueger’s Cork O’Connor series, with Tamarack County. There are two plots running side by side, one the disappearance of the wife of a retired Judge, the other a threat to Cork’s son, or perhaps his girlfriend, by running off the icy road into the lake. These events seem unconnected, but as we mystery readers all know, they tie up later in the book. Though I thought the plots wandered a little, I enjoyed the book. The ending left some things up in the air, so I went straight on to the following book, Windigo Island. I’m just starting it today. 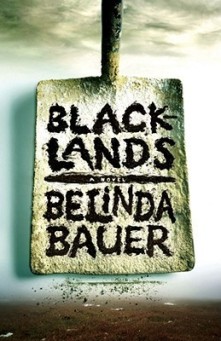 Barbara finished Black Lands by Belinda Bauer, suggested by the article in the current issue of Mystery Scene. She liked it well enough that she’s requested the next book from the library.

Now that she’s got it back from the library (having turned it in as it was due and not renewable), she’s finishing up Michael Connelly’s The Wrong Side of Good-Bye which of course she’s enjoying a lot.

Next up is Night School by Lee Child.

Enjoying life in Portland, OR
View all posts by Rick Robinson →
This entry was posted in Books & Reading, current reading, Mystery, Short Stories. Bookmark the permalink.