Posted on September 20, 2016 by Richard Robinson 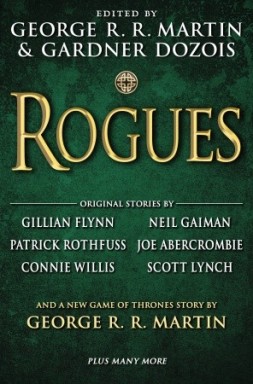 Gardner Dozois has won fifteen Hugo Awards and thirty-two Locus Awards for his editing work. I especially liked what he and Martin did with the Old Mars and Old Venus anthologies. If you like SF and haven’t read those, I encourage you to do so. I hope this one is as good, it looks, from the contents page, to be.

Rogues is a cross-genre anthology, with both science fiction and fantasy, even some mystery, featuring 21 original short stories from various authors. Some of these may sound familiar to you by this time, because of award nominations, reviews and discussions.

I may try the one-story-a-day thing with this one, though some of them are pretty long for that.