At the time of publication, these were the final three Sector General novels James White wrote, but he added Double Contact in 1999, the last novel. All of them are about and mostly take place on Sector General Hospital, a huge multi-species medical facility floating in neutral space.

The novels, and a few short stories, are strongly character driven and focus on the multi-species staff or patients at the facility. 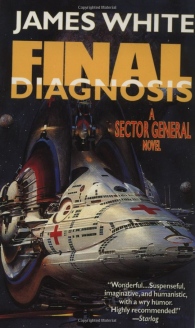 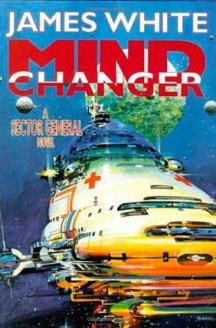 White has a reader friendly descriptive style that keeps these medical SF novels from becoming dreary or didactic. Instead. there is enough medical information, much of it, naturally invented for alien species, to explain the problem which the staff then solve in clever and often unusual ways.

All three of these novels  – and the entire series – can stand alone, but it is my recommendation that the novice James White reader begin at the beginning, and follow the order shown in the list below. This is very good science fiction indeed, and the reader is rewarded with characters to like and puzzles to solve in a different and intriguing environment. Not to be missed.

The books in the series are:

These were also published as omnibus editions:

Enjoying life in Portland, OR
View all posts by Rick Robinson →
This entry was posted in Books & Reading, Friday Forgotten Books, Science Fiction. Bookmark the permalink.