I discovered last week Expresso had “marked” the spines of some graphic novels on the bottom shelf of a bookcase full of them. I’ve been cleaning them up the best I can, and some can be saved, but many cannot. In the process of this work, I saw many I decided I wanted to re-read, so my current reading, now and for a couple of weeks, will be graphic novels and collected comic issues. 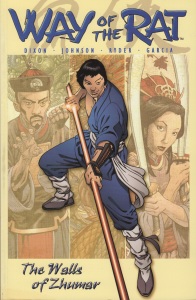 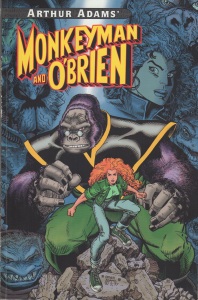 Way of the Rat by Dixon (writer), Johnson (penciller), [Crossgen Comics Jan 2003] – One of the later series Crossgen published, this collects the first 6 issues. There was a second collection, The Dragon’s Wake published by Crossgen (July 2004) and a third by Checker (now itself defunct), Haunted Zhumar published by Crossgen/Checker April 2007. Way of the Rat was a good comic that lasted only 24 issues total.

Monkeyman and O’Brien by Arthur Adams (creator, author, illustrator) [Dark Horse Comics June 1997] – collects the Special Edition (introductory issue) and issues 1-3. Art Adams is a legend among modern comics illustrators and much loved by me. This is one of the no-saves, but I had to read it one last time. 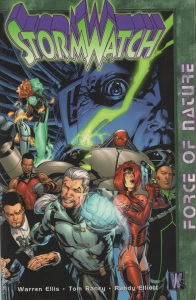 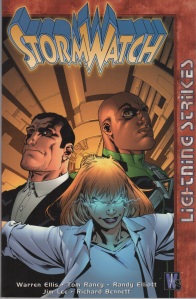 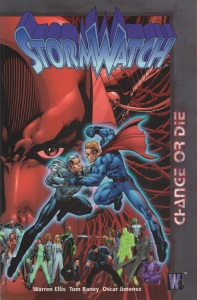 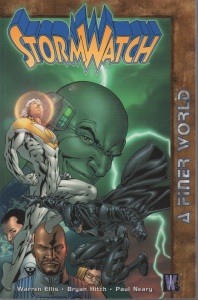 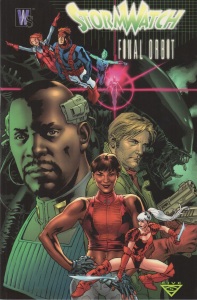 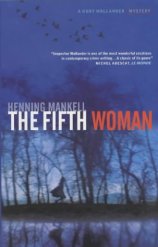 I still have some of the StormWatch collections to go, so that’s current reading. I’m having a lot of fun reading these graphic novels. So would you, if you were into super team graphic novels.

Barbara, meanwhile has finished the Stephen King book End of Watch which she zoomed right through and liked a lot, and plans in the next couple of days to start reading Henning Mankill’s The Fifth Woman which she had read just a half dozen pages of when the King showed up from the library.

She has also been doing a lot of quilt work, and before too long I might have pictures of a new quilt for you.

How about you?
What are you reading?

Enjoying life in Portland, OR
View all posts by Rick Robinson →
This entry was posted in Books & Reading, current reading, Fiction, Graphic Novel. Bookmark the permalink.