I finished Riders Of The Storm, the second Clan Chronicles book (second in the first trilogy) by Julie Czerneda. It was a lot slower than the first book, and at the mid-point I even considered giving it up, but with a book and a half invested, I kept on, and the last part of the book rewarded me with more action and introduced characters and plot elements that carry the book straight into the third book, which will be on the way from the library soon. 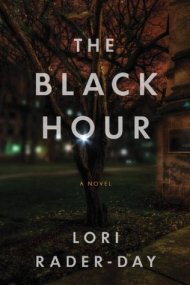 While I’m waiting, I’m reading Curtains For Three by Rex Stout, which contains three novellas, the first of which is Gun With Wings. I’m about halfway through that now.

Barbara finished  The Black Hour by Lori Rader-Day, and liked it a lot. She liked the characters, and though she thought she could see where the story was going the author fooled her each time. The book won an Edgar for first best novel. Barbara plans on reading the author’s second book, Pretty Little Things, which won a Simon & Schuster Award.

How about you?
What are you reading?