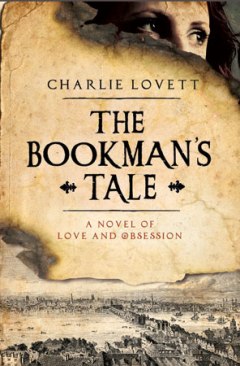 Last week I said the next book I was going to read was Murder at the 42nd Street Library by Con Lehane. Well, another book came in from the library a day or so later, and I decided to read it instead. The Bookman’s Tale by Charlie Lovett is the story of widowed, curious antiquarian bookseller Peter Byerly.  It’s 1995. Nine months earlier, the death of his beloved wife, Amanda, had left him shattered. The young bookseller relocated from North Carolina to the English countryside, hoping to rediscover the joy he once took in collecting and restoring rare books.

In Hay-on-Wye, he discovers a watercolor portrait between the pages of an old book, and the subject of the painting is a woman who bears an uncanny resemblence to his wife, Amanda. Fascinated, then obsessed, Peter goes in search of the story behind the portrait and it’s subject. The Bookman’s Tale takes place in Shakespearian times, Victorian times, the 1980s and the 1990s, skipping from one to the other each chapter. I’m about a third through and enjoying it so far. 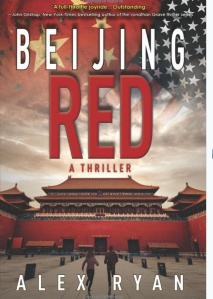 Barbara finished Never Go Back by Lee Child, another in the Jack Reacher series.

She’s just started Beijing Red by Alex Ryan, which she got from the library after reading a review in the latest issue of Mystery Scene. It’s a (political?) thriller.

What are you reading?