I’m still reading my way through the 493 page (plus two appendices) The Mammoth Books of New Sherlock Holmes Adventures. I’m at the two-thirds point, and so far only one story has been less than very good, and several have been excellent. I’m quite pleased with this collection of stories. 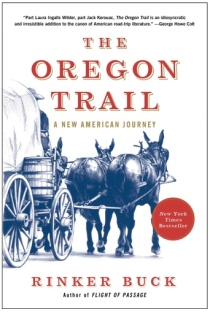 Since man does not live by Holmes alone, I’m also dipping into The Oregon Trail: A New American Journey by Rinker Buck, his account of covering the Oregon Trail from Missouri to Oregon in the summer of 2011. He and his brother, with an Amish built wagon, a small two-wheel trailing cart and a team of mules made the journey over the original route (with a very few exceptions) the old fashioned way. I’ve only read the first chapter, but it looks to be fascinating. 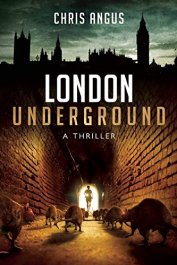 Barbara has been busy and so has read less, plus the book she’s currently reading,  London Underground by Chris Angus is an ebook and she says she can’t read it for as long nor is reading on a screen comfortable for her. She’s also starting The Oregon Trail: A New American Journey along with me and is taking it on a three day quilt retreat this week. It’s a library book with a long waiting list, so we’re trying to alternate holds to stay on the list as we don’t expect to both finish it in the allotted time before it’s due back.

She did see the film of Bill Bryson’s A Walk In the Woods, and enjoyed it but said it wasn’t anywhere nearly as good as the book, which comes as no surprise.

How about you?
Have you read these books or authors?
What are you reading?