Posted on September 6, 2015 by Rick Robinson 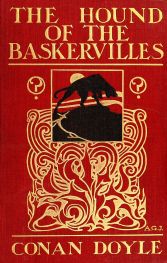 I’ve been in the mood to read Sherlock Holmes for a couple of months, and have been dipping into the canon with The Adventures. After finishing Michael Dirda’s On Conan Doyle I wanted to read more Doyle, so last week I re-read The Hound of the Baskervilles, which I haven’t read in years. Enjoyable as always. That got me to thinking: why not a whole month of Sherlock Holmes? I have enough on hand, between the complete canon and many pastiche novels and story collections and there is a large story collection due to be published late this month.

I followed Hound with When the Song of the Angels is Stilled by A.S. Croyle. It’s not bad, but the author calls it “A Before Watson Novel” and while it is that it’s also mostly a romance novel; too bad unless that’s what the read is looking for. I wasn’t. While dropping some familiar names – such as introducing a fellow named Musgrave – and including a hazy baby-stealing

plot, there is much emotional outpouring and little crime-solving or mystery. The book certainly doesn’t read much like traditional Sherlock Holmes.

I’ve now started a short story collection, The Mammoth Book of Sherlock Holmes Abroad edited by Simon Clark, 15 stories of one or both of our favorite pair in foreign lands. Something different, and hopefully fun. I also am continuing to read the canon with The Memoirs of Sherlock Holmes. I have other pastiche novels and stories here, also available for the month.

There will also be movie watching, we have all of the Granada Television productions with Jeremy Brett as Holmes, which I’ve seen but Barbara has not, and we have the first of Robert Downey’s Holmes movies from Netflix. Also on hand are several older Holmes movies, all of it DVD. Great fun.

Barbara finished The Nature of the Beast, the latest Louise Penny which she liked a lot, but then she always likes Penny’s books. She is now halfway through Bill Bryson’s A Walk In the Woods, which she’s enjoying a lot, and she plans to see the movie in spite of the poor reviews.

Unless something pops up from the library, she then plans to read the ebook thriller, London Underground by Chris Angus.

How about you? Have you read these books or authors? What are you reading?