ffb: Falconer and the Face of God 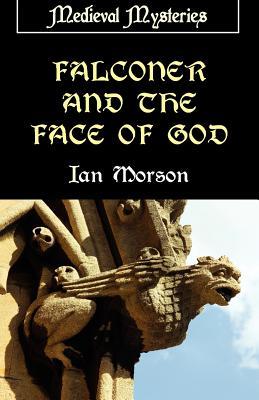 This is the third in Morson’s series of historical mysteries featuring Oxford Regent Master William Falconer. After reading the first in the series three years ago, I seem to have missed the second. As far as I can tell however these are stand-alone novels so skipping one matters little.

In this one it is Christmastide in Oxford, and a band of players has come to town to perform morality plays. The leader of the troupe, Stefano de Askeles has managed to alienate nearly everyone he comes in contact with right down to the troupe’s trained monkey. Before the band of actors even arrives in Oxford there has been an “accidental” murder, and another occurs soon after rehearsals begin. It looks like there will be a third unless Falconer can discover the truths behind the many lies he is told as he interviews the members of the troupe and other possible suspects.

Morson does a very good job of bringing medieval Oxford to life, and a squalid depressing place it is, but for me it’s the character of Falconer that makes these novels work in that depressing setting. I remember thinking when I read the first in the series that it started a little slow but by the end I was caught up in the story. The same is true here, and the historical background adds interest.

One thing I didn’t like was the small print size, at least a couple of points less than the usual mass market paperback. This made it slightly difficult to read. I see no reason for this as the novel was 192 pages in this format and a normal size wouldn’t have added that much more to this $5.99 (at the time of  publication) book.

13 Responses to ffb: Falconer and the Face of God